For all of those who are interested in early Christianity, and especially those who have walked in the streets of Pompeii, this book should be interesting reading:

Bruce Longenecker,
The Crosses of Pompeii: Jesus-Devotion in a Vesuvian Town.
Fortress Press, 2016 (Release date: May 1, 2016)

“Archaeologists have disputed the scarce evidence claimed for the presence of Christians in Pompeii before the catastrophic eruption of Mount Vesuvius in 79 CE. Now, Bruce W. Longenecker reviews that evidence in comparison with other possible data of first-century Christian presence elsewhere in the Mediterranean and reaches the conclusion that there were indeed Christians living in the doomed city. The Crosses of Pompeii presents an elegant case for their presence, with photographic illustration of the available archaeological evidence.” (Publishers text).

Due to a link on James Darlack’s FaceBook page, I was made aware of yet another article on the great library of Alexandria (for other links, se my Resource Pages for Biblical Studies, page   http://torreys.org/bible/resource_page_3-2/ ).

This other article is named “The Great Library of Alexandria?”, and is to be found at http://unllib.unl.edu/LPP/phillips.htm. Its purpose and content is described thus:

Another article on the ancient Library is to be found here, posted in 2013.

The Schøyen Collection is a resource for students, academics, research institutions, publishers and all others with an interest in advancing the study of human culture and civilization, regardless of nationality, race or religion.

The Collection is also a means to preserve and protect for posterity a wide range of written expressions of belief, knowledge and understanding from many different cultures throughout the ages.

Prof. emeritus, dr.theol. Peder Borgen, who is getting 86 in January and still going strong, is having a new book coming out this year:

I have only seen the publisher’s test edition at their boot at SBL Annual Meeting last November, but they announce the book thus:

“To Paul the traditions from and about Jesus had authority similar to that of the Scriptures: a logion or story served as text for paraphrastic expositions. Such expositions are also seen in John’s Gospel. – It is insufficient to discuss ‘John and the Synoptics’. A better scope is ‘John within early gospel traditions’.- Paul and Philo maintain a cosmic understanding of Jesus and the Jewish people, respectively. Correspondingly, Jesus is seen in cosmological perspective in John’s Prologue. Philo illuminates the role of God’s logos relative to creation and revelation. – Archaeology testifies to the reliability of John’s topographical references. Both John and Philo can combine theological and ideological elaborations with specific geographical references, historical events and religious feasts. The study has brought in material and perspectives which strengthen the view that the Gospel of John was independent of the other three written gospels.”

You can find the list of contents at the bottom of this page. The volume seems to contain several studies that have been previously published in various contexts, but – as far as I can read from the list of contents – there are probably also some not yet published. I, for my part, am particularly looking forward to read the 15th chapter in this volume;  Summary: John, Archaeology, Philo, Paul, other Jewish Sources. John’s Independence of the Synoptics. Where My Journey of Research Has Led Me.

The book is still listed as ‘forthcoming’ on Brill’s webside, but hopefully it should be out early in 2014. Congratulations to a good friend and a brilliant scholar!

Once upon a time, … when I was a younger scholar, that is, in my late 30ies, I wrote an article on Philo and the Greaco-Roman Clubs and Associations. It was discussed in a seminar session, with prof. Peder Borgen as the mentor and convenor, but then it was put away for some time. Then a few years later, in the early 1990ies, I decided to have it revised in order to try to find a publisher.

At that time, I was working at a College with a very limited library. I had, however, very early discovered that Internet could be a useful medium for both getting in contact with other scholars, and for being informed about recent publications. Hence I was a member of the internet discussion list Ioudaios Discussion List, a service now probably forgotten by many (and I think the list itself is dead). I had a posting on Ioudaios, asking for some advises concerning new literature on the associations. I got a 6-7 responses, but one in particular turned out to be tremendous interesting. It was sent by John Kloppenborg who responded by sending me a 20 pages bibliography on the Greco-Roman Associations. I almost fell off my chair. What a gift! Later I also had the preliminary version of the article publised on the Ioudaios list server.

In our first contact, Kloppenborg also asked if he could read my article, and he gave me a tremendous feedback. He even asked if I would be interested in having it published in a larger volume he and S.G. Wilson were editing, focusing on the Greco-Roman clubs and Associations. The offer was irresistible…..!!

Thus it happened that the article later (1995) was published in what have turned out to be something of a standard volume on the Greco-Roman Associations:

The main reason I tell this little story of mine, is the fact that after that volume was published, there have been, – well, not like a Norwegian avalance – but nevertheless a flow of volumes published on the Greco-Roman clubs and associations. And now we finally have some fine volumes out with inscriptions related to these associations. The picture above depicts the latest issue:

Reviewing the book, one might easily agree with the publisher’s advertisement: “Associations in the Greco-Roman World provides students and scholars with a clear and readable resource for greater understanding of the social, cultural, and religious life across the ancient Mediterranean. The authors provide new translations of inscriptions and papyri from hundreds of associations, alongside descriptions of more than two dozen archaeological remains of building sites. Complemented by a substantial annotated bibliography and accompanying images, this sourcebook fills many gaps and allows for future exploration in studies of the Greco-Roman religious world, particularly the nature of Judean and Christian groups at that time.”

This volume will be both useful and affordable to most interested students. There is also another collection of texts/inscriptions out, and serious scholars should not miss this version either. In fact, it is the first volume in a series:

But the price of this volume might scare away not a few ($168). But this volume, and the ones to come, will make it much more easy for scholars to study these ancient organizations. Kloppenborg and his co-workers have done us all a great service in collecting, translating and editing these inscriptions. 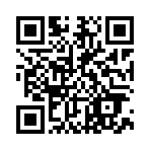 Hey,- my Resource Pages for Biblical Studies are now up again and running!

The site has been moved to a new provider, and the webpages have been completely renovated; they have got a new design, a somewhat changed structure, and a lots of dead links have been removed. All the links in the present version have been tested and found working.

Furthermore, the focus of the present version is a bit narrower that the former old on; now the focus is more strict on Biblical texts, on the social world of the New Testament, and then -of course- on Philo of Alexandria.

I find it close to impossible for one man to keep up with all the studies – books and articles- that are now being published on the Internet related to the New Testament: Hence I have skipped most of these if they not fit my main focuses indicated by my headlines on the main page. Readers will still find that Mark Goodacre’s website (do I have to say the name?) is still The Best for such searches.

The new url is now very similar to the former: http://www.torreys.org/bible
Those who use the old urls (each of the 5 pages had a different one), should now be immediately redirected to this new one.

There are still some links to be added, and more will come in the future. But I would like to publish it now in this form and format. If you have some links to suggest please use the mail adress at the bottom of my website.

The Biblical Archaeology Review is the most widely read magazine concerning the archaeology of the Greco-Roman and Ancient Near Eastern world. Moreover, it is written in a language that is accessible to a wide range of people. This subscription covers one year or six issues of this magazine. Shipping charges vary depending on the location of the subscriber.

For non-members, have a look at http://www.bib-arch.org/

Several news papers report on a supposed Jesus-era house having been digged out in Nazareth.

Israeli archaeologists said Monday that they have uncovered remains of the first dwelling in the northern city of Nazareth that can be dated back to the time of JesusThe find sheds a new light on what Nazareth might have been like in Jesus’ time, said the archaeologists, indicating that it was probably a small hamlet with about 50 houses populated by poor Jews.

You can see the ha’aretz version here: http://www.haaretz.com/hasen/spages/1136599.html . I have not yet seen any more scientific reports presented on the internet, but I may have missed something.